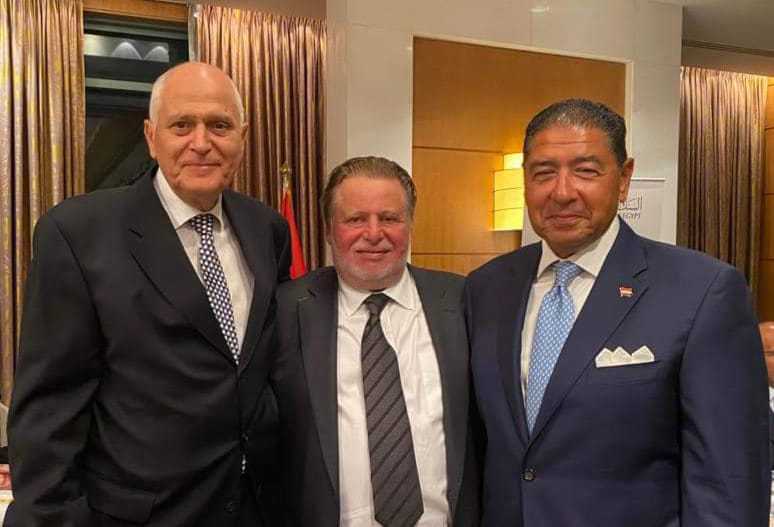 Hassan Abdalla, acting governor of the Central Bank of Egypt (CBE), took office last week with a message of comfort to Egyptians, saying Egypt’s banking sector is strong and capable of supporting the economy.

During his first meeting with the leaders of banks operating in the Egyptian market last Wednesday, Abdalla said that although this step is critical, the Egyptian banking system is used to overcoming challenges.

Abdalla was also keen to point out that all employees in the Egyptian banking sector are one family, saying, “We are all one family. There will be disagreements, and that’s normal, but in the end, we stick together.

After the announcement, Ezz Al-Arab took to his official Facebook account to say, “May the lord be with us in the discharge of our duties. I am convinced that we will succeed despite the challenges.

He has approximately 45 years of extensive banking experience. Before joining CIB, he held several positions at Deutsche Bank, JP Morgan and Merrill Lynch in several countries, including Egypt, the United States and Bahrain.

In addition, he has held several other positions including Co-Chair of the Emerging Markets Advisory Board of the Institute of International Finance (IIF), Member of the MasterCard Middle East Regional Advisory Board, Non-Executive Member of the Fairfax Africa Board of Directors, in addition to being a non-executive member of Ripplewood Advisers MENA Holdings ltd.

As for Naguib, he was Chairman and CEO of the Arab International Bank (SAIB) from 2011 to 2018 and has 40 years of experience in banking, leasing and credit.

In his first decision as acting governor of the CBE, Abdalla removed the maximum deposit limit for individuals and businesses at bank branches and ATMs.

It also decided to increase the maximum daily cash withdrawal limit for individuals and businesses at bank branches from EGP 50,000 to EGP 150,000 and to maintain the daily limit of EGP 20,000 for ATM withdrawals.

The CBE said the decision is an amendment to a decision issued on April 22, 2020 regarding the reduction of maximum cash withdrawal and deposit limits for individuals and businesses as part of the precautionary measures taken to deal with the repercussions. of the coronavirus pandemic.

Commenting on these new decisions taken by the CBE, the former Vice President of Blom Bank Egypt, Tarek Metwally, said that appointing Ezz Al-Arab and Naguib as advisors to the governor was the right choice, especially since they are known for their efficiency and diverse expertise.

Metwally explained that this difficult step requires concerted efforts to develop the banking sector and overcome these challenges.

Regarding the decision on deposit and withdrawal limits, Metwally said: “I think it is a natural procedure, and I expect more decisions to be made by the ECB over the period. to chart the course and pave the way for more policies. ”

He explained that the origin of the cap decisions was the exceptional circumstances of the pandemic – they were meant to be temporary. When other developments emerge, these decisions will naturally have to be reconsidered.

Metwally also predicts that the CBE would also reconsider initiatives that have previously been put forward to support a number of economic sectors, including the SME support initiative, the cost of which would be well in excess of revenues for the sector.

In addition, he expects the provision of foreign currency for import operations to be reconsidered, as well as recent decisions taken in this regard due to their impact on business and employment in the light upcoming CBE policies and the importance of meeting obligations.

Finally, he called on everyone to give the new CBE leadership a chance to do its job, saying “the mission is difficult, but not impossible.”

Banking system credit growth is on track, but how long will the good times last?