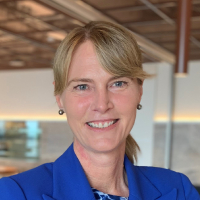 ANZ has appointed Maile Carnegie as Group Head of Australian Retail as part of the bank’s plan to integrate its digital and retail banking operations and separate its commercial division.

Explaining the changes, ANZ CEO Shayne Elliot said its digital division was initially created separately to ensure it was not constrained by existing structures and technology.

“Our intention was to always bring this work together when it made sense and given that our first customer proposition, ANZ Plus, is about to go live, that time has come,” he said.

Mr Elliot described ANZ Plus as an “essential foundation” in the bank’s digital transformation and said Ms Carnegie would be the right leader to drive its retail banking business forward.

“She has brought a different perspective since joining our executive committee in 2016 and has made a significant contribution to redesigning our digital offerings,” he said.

“Maile’s recent banking experience, along with her long career leading consumer and digital businesses, means she has an exceptional skill set that will ultimately drive our retail banking forward.”

According to Mr Elliot, the separation of retail and commerce would also allow for more focus on ANZ’s commercial activities.

“Ultimately, improving the visibility, focus and accountability of this division will benefit all of our clients who are trying to start, run or grow their businesses,” he said. .

Mark Hand, head of Australia’s retail and commercial group, is expected to leave the bank later this year once the commercial division is established.

“Mark Hand has been of enormous service to ANZ over many decades and can be extremely proud of the contribution he has made, particularly as a key member of the Executive Committee since 2018,” Mr Elliot said. .

“In discussing these changes with Mark, he felt it was the right time to pursue opportunities outside of ANZ and we know he will be successful in whatever he decides to do next.”

Mr. Hand will continue to work with Mr. Elliot over the coming months to help establish the commercial division.

Commenting on his departure, Mr Hand said it was a “natural time” to leave the bank after a period of significant transformation at ANZ and in the banking industry generally.

“I am incredibly proud to have been part of ANZ’s history over the past 30 years and grateful to have the opportunity to work with so many fantastic customers and colleagues,” he said.

The bank announced the departure of its current head of retail and commercial banking alongside the new appointment.

Jon Bragg is a reporter for Investor Daily from Momentum Media, nestegg and ifa. He enjoys writing about a wide variety of financial topics and issues and exploring the many implications they have on all aspects of life.