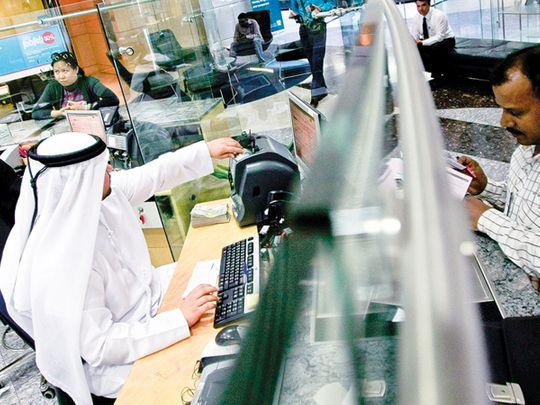 Cairo: With a contested ban on renewing work permits for them not ultimately lifted, expats in Kuwait over the age of 60 who do not hold a college degree risk not having access to their bank accounts, according to a report by local media.

Access to these accounts is linked to the possession of a valid civilian identity card. That said, Kuwaiti banks will be forced to suspend the bank cards of these customers once the validity of their ID cards has expired, the Al Rai newspaper said.

Consequently, the customer belonging to this category will not have access to the personal bank account and as such will not be able to carry out deposit or withdrawal operations, the newspaper said.

Therefore, they will not be able to transfer money to their families outside of Kuwait.

The newspaper warned that freezing the ability of these expatriates to transfer money could play into the hands of black traders and encourage them to turn to illegal methods, thereby thwarting efforts to fight money laundering and theft. financing of terrorism.

Under Kuwaiti laws, banks and money changers are prohibited from making money transfers without a valid civil identity card.

Last October, the Kuwaiti Department of Legal Advice and Legislation overturned the ban on employing expatriates over 60, saying it had no legal basis.

The cabinet-affiliated department said the ban was pronounced by WFP’s executive director without permission.

WFP’s board of directors, chaired by Minister of Trade and Industry Abdullah Al Salman, approved the revocation of the ban and approved a new system of renewal.

Certain categories of people will be exempt from paying renewal fees, Kuwaiti media reported at the time. They are the children of Kuwaiti women and their husbands, holders of Palestinian nationality, and born in Kuwait. No precise date has been set for the application of the new system which also includes compulsory health insurance.

The controversial ban, which went into effect earlier this year, sparked an uproar among human rights activists, who argued that it affected thousands of expats and their families who had long lived in the country. Kuwait.

About 4,013 of these expatriates were forced out of the Kuwait labor market in the first six months of the ban’s application, the Al Qabas newspaper recently reported.

Critics also said the restriction also caused damage to many employers and destabilized the job market, depriving it of experienced workers.