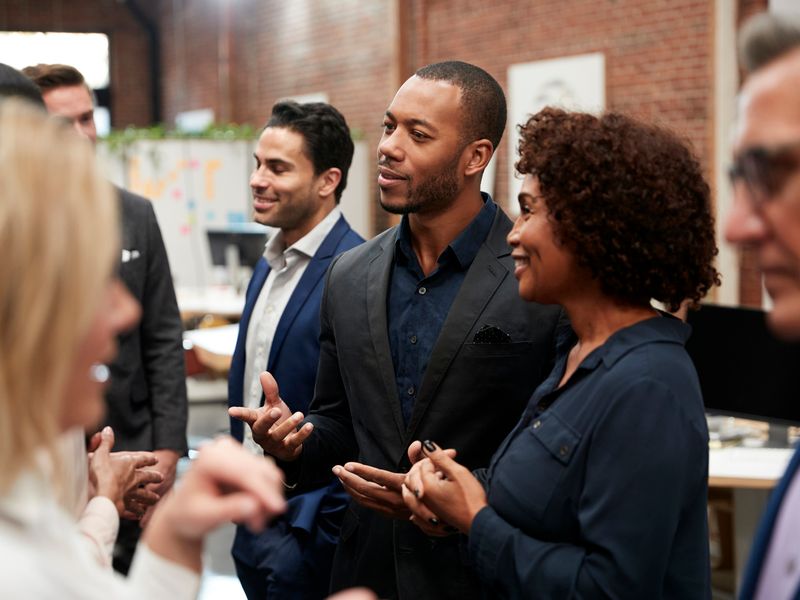 More than 60% of startup owners and 40% of established business owners surveyed were unable to secure a bank loan or institutional capital from a finance company between 2015 and 2020. Additionally, about 80% of startups surveyed had revenues under $50,000.

“I’m currently partnering with different nonprofits and different minority-led organizations…but in terms of financial investors, that’s something I’m still working on right now,” said Curtis Cox, who launched a career coaching and counseling service. two years ago. Cox did not participate in the investigation.

Hope Knight, president and CEO of the Greater Jamaica Development Corp., said she believes credit rating issues for black entrepreneurs and the inability to provide sufficient collateral to secure a large-scale loan are based on the absence of a historical relationship between black people. and traditional financial institutions.

“Black Americans have been deprived of opportunities to build economic security,” she said.

Another problem facing black entrepreneurs in New York is the inability to increase their revenue stream. About a third of business owners surveyed had incomes below $10,000 at the end of 2018, and 15% earned between $10,000 and $50,000.

Nearly 70% of respondents said low income was their biggest barrier to getting financing from a traditional bank. Black entrepreneurs often find it difficult to obtain loans from these institutions because they are considered to work with a higher degree of risk than more established companies, explained James H. Bason, president and CEO of TruFund Financial. . Lack of cash can hurt black homeowners’ ability to find new customers and new sources of income, experts say.

“When you can’t access capital, you get so burned out that you don’t have the energy to target different areas,” said Dr. Selma Bartholomew, owner of Legacy Pathways, an education consulting firm in the Bronx. , who did not participate in the survey. “If we can’t grow our business, we can’t reach the thresholds that serve as barriers and glass ceilings to that growth.”

The survey also pointed out that of the $3.4 billion in municipal contracts awarded to minority and women-owned businesses, only 1% went to Black-owned businesses, a statistic previously reported by Crain’s. .

In a positive, Knight said she has seen more efforts from government agencies and the private sector to reach out to black entrepreneurs and business owners since the pandemic began.