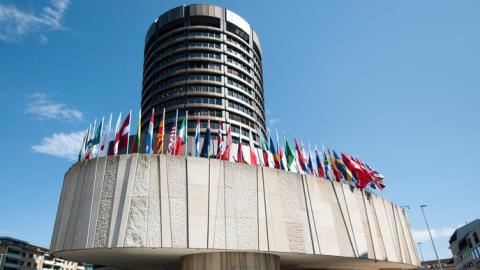 The mBridge project is a cooperation between the BIS Innovation Hub Hong Kong Center, the Hong Kong Monetary Authority; the Bank of Thailand; the People’s Bank of China Digital Currency Institute; and the Central Bank of the United Arab Emirates.

The prototype common platform for mCBDC settlements was able to complete international transfers and foreign exchange transactions in seconds, unlike the several days normally required for a transaction to be completed using the existing network of commercial banks and operate 24 hours a day. 24 and 7 days a week. The cost of such operations for users can also be reduced by up to half, according to the project report.

BenoÃ®t CÅ“urÃ©, head of the BIS Innovation Hub, specifies: â€œPayments, foreign exchange transactions and other transactions generally pass through the world within the networks of the major global banks, which serve as bridges between jurisdictions, a system generically called correspondent bank. . playing an essential economic role, these networks and devices can be complex, sometimes fragmented, and lead to operational inefficiencies. For example, banks operate in different time zones, subject to the operating hours of national payment systems. In addition, the guarantees legally required to fight against money laundering, tax evasion or the financing of terrorism are repeated by the financial institutions of the network.

For the next phase, mBridge will continue to explore the existing limitations of the current platform, related to privacy controls, liquidity management, and DLT’s scalability and performance in handling large volumes of transactions. In addition, the pipeline of projects will include policy requirements and measures to ensure compliance with jurisdiction-specific regulations, including trials with commercial banks and other market players.

BÃ©nÃ©dicte Nolens, Head of the BIS Innovation Hub, Hong Kong Center, comments: â€œEnabling faster and cheaper cross-border wholesale payments, including to jurisdictions that do not benefit from a dynamic correspondent banking system, would be positive for the trade and economic development; mBridge is investigating these public interest results through a new DLT payment infrastructure that sits at the crossroads of participating central banks. “