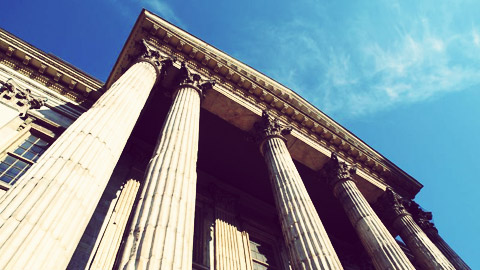 CBDCs could cause friction with commercial banks

Johan Javeus, chief strategist at SEB, told Finextra Research about the tension that could emerge between central banks and commercial banks if the former circulated a digital currency directly to consumers.

In recent months, many central banks have announced plans to develop digital currencies, most likely in response to Facebook’s proposed launch of its own stablecoin, Libra.

It would be an understatement to say that governments, regulators and banks have been spooked by the idea of ​​a private company the size of Facebook issuing a global digital coin and exerting such influence over the global financial system.

However, Johan Javeus believes central bank digital currencies (CBDCs) would pose their own issues that need to be addressed.

If a central bank were to circulate its digital currency directly to consumers, anyone wishing to use it would have to hold some sort of account with the central bank, putting it in competition with commercial banks to hold people’s money.

“Let’s say the Swedish central bank issues a digital currency,” says Javeus. “Does this mean that every family and business will have an account at Riksbank? “

This would create an impasse between central banks and commercial banks, which Javeus said could cause a crisis in the financial system.

“Suddenly, there is a question of stability in the system,” he adds.

“Of course, everyone will rush to put their money in the central bank, which would drain capital from traditional banks.”

Without the capital of customer deposits, commercial banks would be less able to extend business and mortgage loans to consumers, which would naturally have adverse spillover effects on economies.

The question, however, is whether it would be in the interest of central banks to adopt this approach in the circulation of its digital currency.

The Bank for International Settlements (BIS) recently assessed the different avenues central banks can take to develop and launch a digital currency, describing this direct CBDC or “retail model” as “attractive for its simplicity”, given that central banks wouldn’t. depend on commercial banks as intermediaries.

However, this model requires central banks to put in place the necessary infrastructure to deal with regulatory burdens related to KYC and AML, as well as more rudimentary tasks related to customer service, system failures, etc. .

“It would be a huge project for a central bank to undertake,” says Javeus.

“There are a lot of potential issues that should be addressed, and we don’t yet know how they would be resolved. “

Therefore, central banks are more likely to adopt an approach that uses commercial banks and other intermediaries as circulation channels, outsourcing the aforementioned burdens to them in the process.

This “wholesale model”, however, has the disadvantage that the central bank depends on intermediaries to obtain information about individual claims on the currency. It would entail various oversight and regulatory processes that exist in different forms under the system that we have now.

Libra to the rescue?

However, it seems more likely that central banks would follow a “hybrid model” to develop a digital currency, which combines elements of the other two. The BIS proposes that this involves a central bank distributing the currency, with intermediaries like commercial banks handling retail payments. However, the central bank would periodically record retail balances to exercise greater control than in the wholesale model.

The hybrid model then has the advantage of being easier to offer for the central bank, but at the cost of requiring a more complex infrastructure. It is then likely that central banks will turn to technology companies with the capabilities to provide this.

This may suggest that there is still hope for Libra. Central banks will be aware that Facebook can provide the infrastructure required for a digital currency to function on a sufficient scale much better than it can.

“I don’t think central banks have quite decided how they’re going to go about it, because of these potential issues with issuing a digital currency,” Javeus said.

Painful as it may be then, central banks may decide that their best bet is to work with Facebook to market some form or Libra and use it as the basis for their own digital currencies.

Javeus adds, “Facebook and its peers are huge companies with resources and expertise at their disposal that far exceed those of any central bank.

“So if Facebook is able to overcome regulatory hurdles and get the green light to launch Libra, it would be difficult for central banks in any country to compete with such a currency.”

Central banks can then decide that they prefer Facebook and other big tech companies to spit inside the tent, rather than spit outside.

See the Finextra long read on Libra, CBDCs and more on Welcome to the era of stablecoins.

Who to blame for the Yes Bank crisis? Former RBI chief Bimal Jalan says who to hold responsible