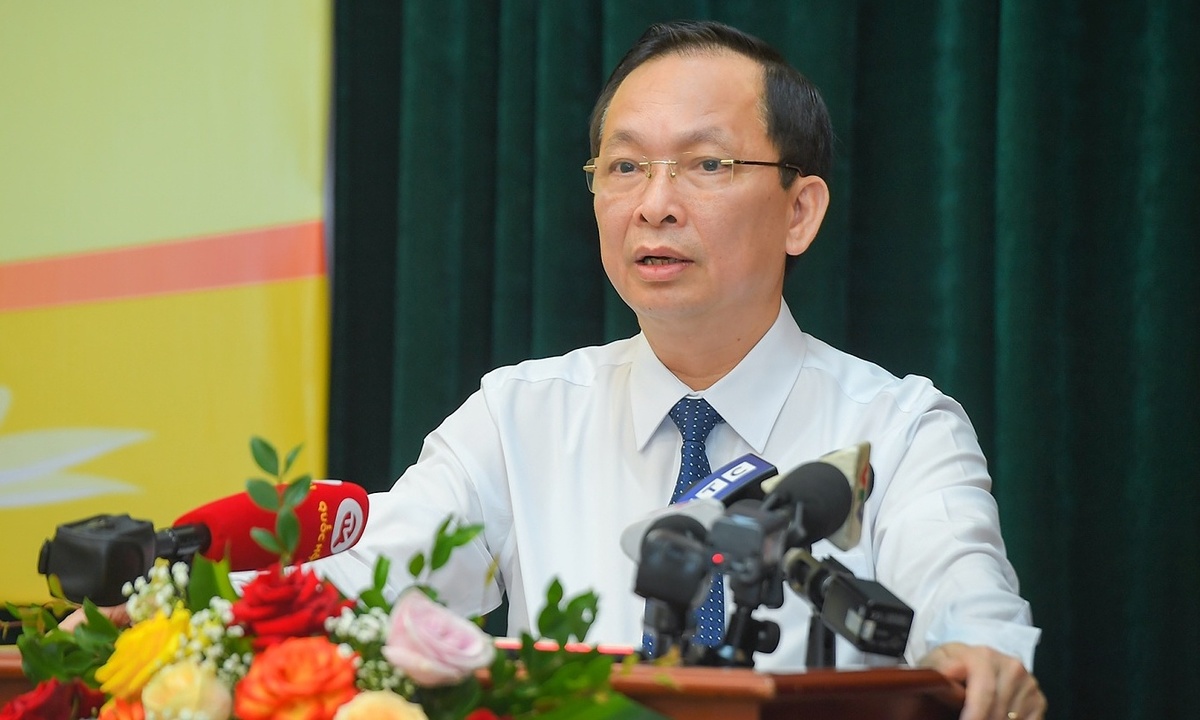 Dao Minh Tu, deputy governor of the State Bank of Vietnam, during a press briefing on September 23, 2022. Photo courtesy of SBV

The State Bank of Vietnam will encourage commercial banks to cut costs to keep interest rates on loans unchanged, a deputy governor said on Friday.

The bank would not regulate interest rates on loans as they depend on negotiations between lenders and their customers, Deputy Governor Dao Minh Tu said.

He has so far kept credit growth target at around 14% this year, but there will be adjustments based on actual situations, he added.

By mid-September, Vietnam’s credit was up 10.47% from the end of 2021 and 17.19% from the same period last year. Bank loans were mainly used for production and business.