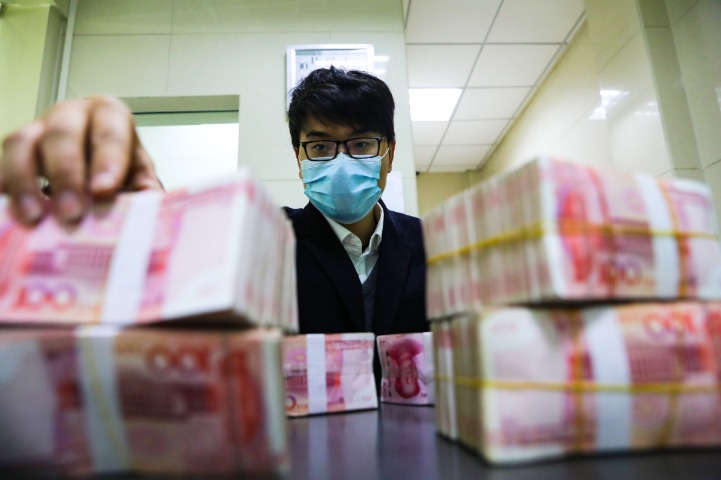 China has disposed of 2.6 trillion yuan ($389.89 billion) of non-performing loans in small and medium-sized rural commercial banks since 2018. The amount exceeded the total NPLs that were processed in these types of banks over the past 10 years, an official with the China Banking and Insurance Regulatory Commission said.

The overall risks of Chinese rural commercial banks remain controllable and have shown a general trend of contraction. In some provinces and regions, however, small and medium rural commercial banks still face significant risks, in part because it is difficult for the regional economy to make the transition. Local governments in these regions have struggled to provide funds for risk mitigation due to tight budgets, the official said on Friday.

In addition, it is estimated that some of the deferred principal and interest repayments on loans to micro, small and medium enterprises experiencing temporary difficulties during the COVID-19 pandemic will turn into bad debts and thus further increase the pressure on banks. rural business.

The CBIRC will encourage far-reaching reforms of small and medium-sized rural commercial banks, strengthen risk mitigation and continuously improve their capacities to serve the real economy.

The regulator has urged these banks to strictly restrict the behavior of their major shareholders, strengthen the management of related party transactions, and prevent major shareholders from intervening in internal banking operations and management. It also encouraged quality banks, insurers and other eligible institutions to participate in mergers, acquisitions and restructurings of small and medium-sized rural commercial banks, the official said.

In addition, these types of banks should strictly control the granting of large sum credits and focus their financial services on small customers in the local market, the official said.

As of the end of last year, the outstanding loans granted by small and medium rural commercial banks to MSEs stood at 12.9 trillion yuan, or 27 percent of small business loans offered by China’s banking sector.