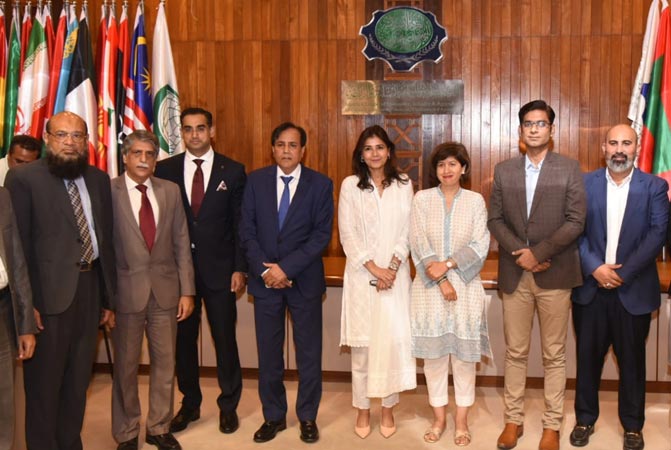 Commercial banks should not be wary of FinTech: FPCCI

FPCCI chief Irfan Iqbal Sheikh dismissed many unwarranted FinTech concerns vis-à-vis commercial banks. He added that commercial banks need not fear FinTech companies, as these only facilitate and complement conventional banking; improving financial inclusion; document the informal economy and bank the unbanked. He said no one can stop FinTech and there are around 160 startups in FinTech, many of which are highly successful and sustainable.

It is pertinent to note that the Federation of Pakistan Chambers of Commerce and Industry (FPCCI) and Islamic Chambers of Commerce, Industry and Agriculture (ICCIA) organized a high-level session – as partners strategic – on the FinTech ecosystem and opportunities in Pakistan. ICCIA is headquartered in Karachi Pakistan; and, plays its mandated role in connecting and promoting the business, industrial and commercial communities of the Islamic world.

Mr. Irfan Iqbal Sheikh emphasized that FinTech must fully capitalize and integrate with the State Bank of Pakistan’s revolutionary and free person-to-person (P2P) money transfer program i.e. RAAST. This will only accelerate the penetration of FinTech in Pakistan, as 70% of the population remains unbanked as they do not have access to conventional banks and therefore do not have a bank account; in our age of documentation and digitization, he added.

HE Khairul Nazran Abd Rahman, Consul General of Malaysia in Karachi, briefed the audience on the giant strides Malaysia has made in FinTech, Islamic banking and financial digitization. He offered his support for knowledge transfer and bilateral cooperation in FinTech & Digitalization.

Mian Nasser Hyatt Maggo, outgoing chairman of the FPCCI, vehemently criticized the political considerations of keeping Pakistan on the FATF gray list for arm twisting; despite displaying compliance in 26 of the 27 action points given to Pakistan in the FATF action plan – which was also acknowledged at the last FATF meeting held on March 4 this year. He pointed to the ever-increasing influence of a hostile neighboring country and called for Pakistan’s removal from the gray list. He also proposed that the FPCCI could have a standing committee specifically on FinTech.

The sessions were attended by CEOs of some of Pakistan’s largest FinTech companies; renowned venture capitalists and technology entrepreneurs. They shared details of their regulatory compliance; achievements; digital financial services (FDS); penetration and footprint of FinTech in the masses and SMEs; a glimpse into the future of finance in Pakistan and why FinTech companies are not a threat to commercial banks in Pakistan.

What are the main challenges for commercial and retail banking in 2022?