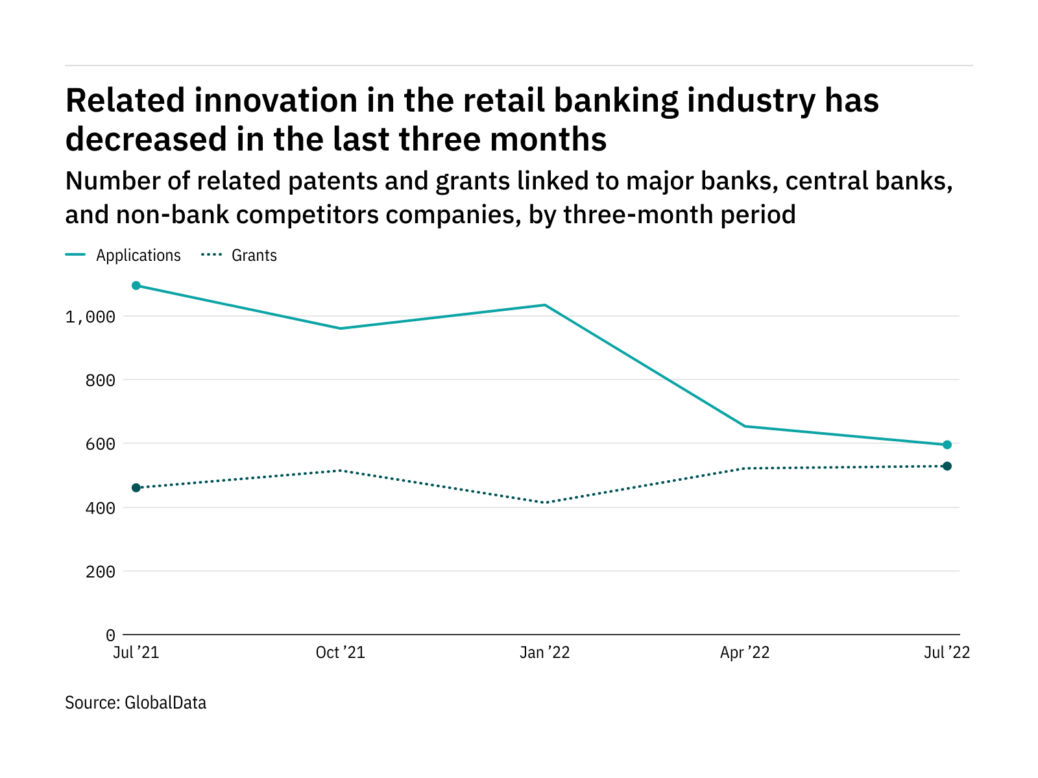 Research and innovation in cybersecurity across large banks, central banks, and the non-bank competitor industry has declined over the past year.

The latest figures show the number of related patent applications in the industry stood at 596 in the three months to July, compared to 1,096 in the same period in 2021.

Figures for patent grants related to followed a different pattern from filings – rising from 461 in the three months ending July 2021 to 529 in the same period in 2022.

The figures are compiled by GlobalData, which tracks patent filings and grants from official offices around the world. Using textual analysis, as well as official patent classifications, these patents are grouped into key subject areas and linked to key companies in various industries.

is one of the key areas tracked by GlobalData. It has been identified as a key disruptive force that companies will face in the years to come, and it is one of the areas where companies currently investing resources should reap rewards.

The numbers also provide insight into the biggest innovators in the industry.

Capital One Financial Corp was the leading innovator across major banks, central banks and non-bank competitors in the past quarter. The US-headquartered company filed 125 related patents in the three months to July. That was down from 230 over the same period in 2021.

Truist Financial Corp recently ramped up R&D in . It saw 35.7% growth in related patent applications in the three months ending July compared to the same period in 2021 – the highest percentage growth of any company tracked with more than 10 patents quarterly in the major banks, central banks and non-banking competitors sector.