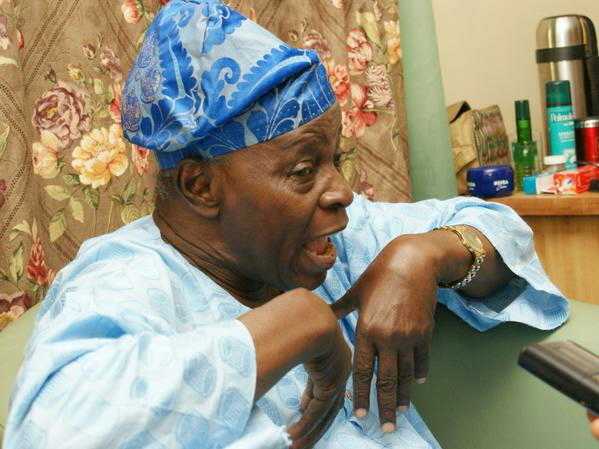 Falae, who spoke on a watched show in Abuja today, said the apex bank’s involvement in retail banking business was flawed.

As reported by ICIR, the CBN had expressed concern over the repayment of loans provided to farmers through its Anchor Borrowers scheme. This is a major concern of Falae, who has criticized the apex bank’s retail banking methods.

Ekiti Election: We will not keep sensitive documents with CBN

He said, “I was amazed and shocked when a few years ago I read in the newspapers that the Central Bank of Nigeria was offering retail banking services to farmers. CBN does not have the kind of people trained and oriented to do retail banking.

“When the apex bank sends out a lot of money that it can’t get back, problems start to arise. Moreover, when we cannot cope with the security situation, agricultural production is negatively affected.

Speaking about his near-death experience with kidnappers, he said it never deterred him from his farming pursuits.

“As you pointed out earlier, I was kidnapped for four days and my farm was attacked again and again, but because I am who I am, I didn’t give up. The government must address this concern,” he said.

Commenting on the country’s economic situation, Falae said that the right people must occupy the right positions in the economic field to achieve the right results.

He postulated, “The Central Bank, Ministry of Finance and other economic ministries must have the right group of people. These are the problems.

“And then, not only is the interest rate not correct, and the power situation that triggers the economy is not available.”

Stressing the importance of security, Falae suggested that state police and other security measures that must ensure people live in peace should be encouraged.

The former finance minister also expressed concern over the current interest rate regime, insisting it could discourage a productive economy.

“You can’t lend 25% to people and expect them to produce goods that have to be sold for profit,” Falae pointed out.