Hanoi (VNA) – More than 100 companies and 43 investors from industrial clusters and nearly 20 commercial banks participated in a conference on August 15 to connect local companies from Hanoi with commercial banks
and the Hanoi Development Investment Fund (HANIF).

The event was jointly organized by the city’s Department of Industry and Commerce, the Hanoi Branch of the State Bank of Vietnam and the Hanoi Major Industrial Commodities Association (HAMI).

Addressing the event, Tran Thi Phuong Lan, Acting Director of Hanoi Ministry of Industry and Commerce, said the conference aims to give banks and investment funds an opportunity to introduce concessional loans and support programs for businesses, helping them overcome difficulties and grow. .

In order to quickly launch infrastructure projects in the city’s industrial parks and clusters, Hanoi’s Ministry of Industry and Commerce has suggested that companies coordinate closely with credit institutions to access sources of capital. for their production and commercial activities.

According to the department, in the first seven months of this year, total retail revenue from goods and services rose about 22 percent year-on-year. Meanwhile, the city’s Industrial Production Index (IIP) rose 7.2 percent from the same period last year, and export revenue was estimated at $9.84 billion, up 17.2% year on year. Over the January-July period, the city’s consumer price index (CPI) increased by 3.38% year on year. 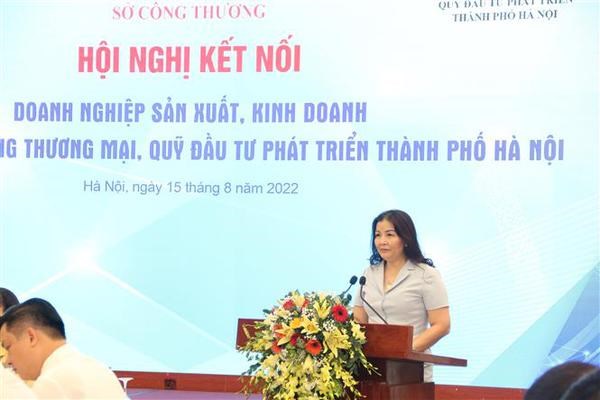 According to the Hanoi Industrial and Export Zones Authority (HIZA), the capital is now home to 10 working IPs, covering a total area of ​​more than 1,347 ha. Nine of them have an occupancy rate of nearly 100%.

Despite the complicated developments of the COVID-19 pandemic, the city’s IPs and EPZs attracted nearly USD 40.7 million invested in seven new projects and an additional USD 198 million disbursed in 23 existing projects in 2021.

At the conference, participants noted that the disbursement of capital supporting the socio-economic recovery and development agenda has remained slow, while business access to credit and other policies has been modest.

HAMI Vice President Luu Hai Minh said that without the help of banks, production enterprises will face many difficulties.

Agreeing with Minh, Nguyen Van from the Hanoi Support Industries Association said after two years of the impact of the COVID-19 pandemic, tech companies need financial support from banks with loans. term at low interest rates to boost production activities.

Nguyen Minh Tuan, director of the Hanoi branch of the State Bank of Vietnam, said that the banking sector and the business community share symbiotic relationships, and the banking sector has made efforts to support businesses through stable interest rates and controlling inflation at the same time. .

Tuan called on banks to give the best support to businesses and expressed his hope that the city’s Ministry of Industry and Commerce and HANIF will work more closely together to hold more such conferences to give businesses and banks the opportunity to meet and explore each other’s demands, thus seeking the best solutions to deal with business difficulties and contribute to the socio-economic development of the capital.