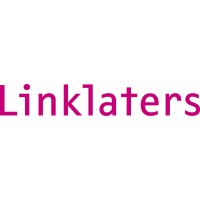 This financing, which closed in November 2021, marks the first time that commercial lenders have taken limited recourse construction risk on a floating offshore wind asset (a world first).

With an installed capacity of 25 MW, the Provence Grand Large floating offshore wind farm project will be located 17 km off Port-Saint-Louis-du-Rhône, in the Mediterranean Sea. The commissioning of the project is scheduled for 2023. The power generated by the wind farm will produce the equivalent of the annual electricity consumption of 45,000 people.

This project is co-developed by EDF Renouvelables and Enbridge Eolien France 2 S.à.rl, a subsidiary of Enbridge Inc. and CPP Investments. The French Agency for Ecological Transition (ADEME) and the Southern Region also financially supported the construction phase in the form of a mix of grants and development loans.

The Linklaters team advising on specific aspects of the European Investment Bank was led by Bertrand AndrianiPartner and included Justin C.FayePartner and Roman MarchandAssociate, within the Energy & Infrastructures practice.

The offices of Linklaters Luxembourg and London also participated in this project.

GAD Capital: The four banks listed below will be the best for elderly residents in 2021 and 2022.