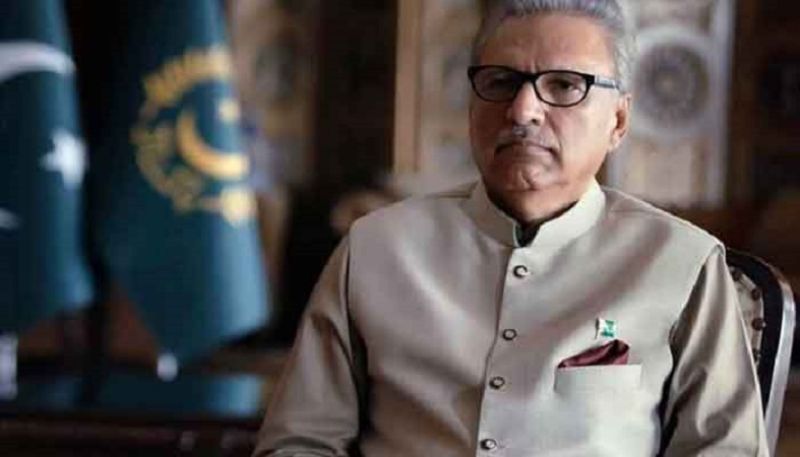 The chairman, Dr Arif Alvi, on Friday strongly objected to the negligent attitude of some commercial banks in resolving customer complaints and the needless dragging of poor customers into frivolous litigation.

The President also expressed his displeasure at the waste of valuable time by litigants, Banking Mohtasib of Pakistan and the President’s office.

He expressed surprise that routine cases are inflated to absurd levels and cases involving small amounts, up to Rs 5,000, are not settled for compassionate reasons by the banks themselves.

He said different institutions were unnecessarily burdened with senseless representations causing delays and inconvenience to customers.

The President made the remarks while rejecting two separate representations of National Bank of Pakistan (NBP) and United Bank Ltd (UBL) against the decisions of Banking Mohtasib of Pakistan (BMP) and advising them to pay Rs 40,000 and Rs 5,000 to the respective account holders.

According to the details, NBP account holder Asad Abbas Khanewal had used his ATM card to withdraw cash on 03.07.2019 but the transaction was not completed successfully. Conversely, an amount of Rs 40,000 was debited from his account and he requested the bank to reverse the amount but no relief was given.

Abbas then approached Banking Mohtasib to seek justice, which requested NBP to repair the plaintiff’s loss by crediting his account with the sum of Rs 40,000.

In another case, Muhammad Afzaal, UBL account holder, Okara had shared his personal financial information after receiving a call from the bank’s hotline on 19.06.2020. Later, a sum of Rs 5000 was transferred from his account, about which he filed a complaint with the bank.

When the bank failed to provide him with relief, Afzaal asked BMP to do him justice. The Mohtasib asked UBL to credit the lost amount to his account and report compliance to BMP. Instead of implementing BMP’s rulings, the NBP and UBL challenged the rulings by filing separate representations with the President.

Subsequently, the President held separate personal hearings for the two cases, at Governor House, Karachi, on 29.03.2022, during which he expressed his dissatisfaction with the arguments of the representatives of the banks, saying that no justification was given. was provided by the respective banks to challenge the plaintiffs’ claims and reverse the Mohtasib’s orders.

He rejected the representations and said both issues could have been resolved on compassionate grounds by the banks at their end, but they embroiled the poor men in lengthy court proceedings over 2 years for small amounts.

Expressing his dissatisfaction with the indifferent attitude of the banks, the president regretted that current affairs had been taken to absurd levels. He stressed that he would not have censured the banks if it had been a matter of principle.

He noted that Pakistan was a rising nation and could not afford to waste the precious time of its institutions.

The president also asked banks to educate their customers about digital services, electronic funds transfer (EFT) and the protection of personal information, as well as to implement the SBP guidelines regarding the security of Internet banking. and the installation of CCTV cameras in ATMs.

The president asked banks to avoid frivolous litigation in a large number of cases involving small amounts. He advised them to solve these problems on their side for humanitarian reasons and to make life easier for their clients by not dragging them into long legal proceedings.