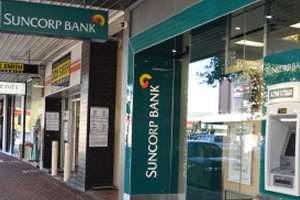 Suncorp is set to modernize and transform its core Hogan banking system, a year and a half after pulling the pin on a difficult attempt to replace the system entirely.

The group revealed plans for Hogan’s transformation in a Dec. 16 job posting.

“Hogan core banking and its supporting systems form the foundation of Suncorp Bank, providing a robust platform to support transactional customer volumes while supporting rapid delivery of new customer capabilities,” the offering said. job, which has since expired.

“In line with this demand, there is a need to modernize and transform the capability to maintain relevance into the future.

“The purpose of this role is to transform Suncorp’s Hogan core banking platform capability, implement best practice platform tools and processes, elevate and continuously improve practices operational, to support the delivery of [a] complex work program and maintaining and improving the operational availability of Suncorp Bank’s most critical platform.

The modernization offer appears to be relatively nascent, with advertising indicating that responsibility for the “creation…of [the] Hogan Platform Modernization Strategy” would come down to the new recruit.

The upgrades will be carried out by teams “at sites distributed nationally and internationally”, the ad says.

A Suncorp spokesperson did not respond to questions about the modernization effort, but said the hiring announcement followed an internal promotion.

This would suggest that the modernization effort had been underway internally for some time prior to this, although it is unclear for how long.

Suncorp originally sought to replace its core banking system as part of the multi-year Ignite project.

The institution implemented a new Oracle-based core, which it went live in November 2015 with a phased financial product migration plan.

However, the core replacement project ran into problems in early 2017, and in mid-2017 the migration was put on hold, pending Oracle changes to the system.

The freeze extended through 2018 and 2019, before Suncorp dropped the core system replacement in May 2020 and indicated it would stay with Hogan, which had operated alongside it throughout.

At the time, iTnews reported that “the decision to persevere with the mainframe-based Hogan platform is a substantial win for systems and services provider DXC, as it logically opens the door to upgrades that would otherwise have been ruled out if the replacement of Oracle had worked”.

That appears to be the case, though it’s unclear whether a more obvious or more cost-effective upgrade path for Hogan has materialized in the years since Suncorp first sought to upgrade its banking core.