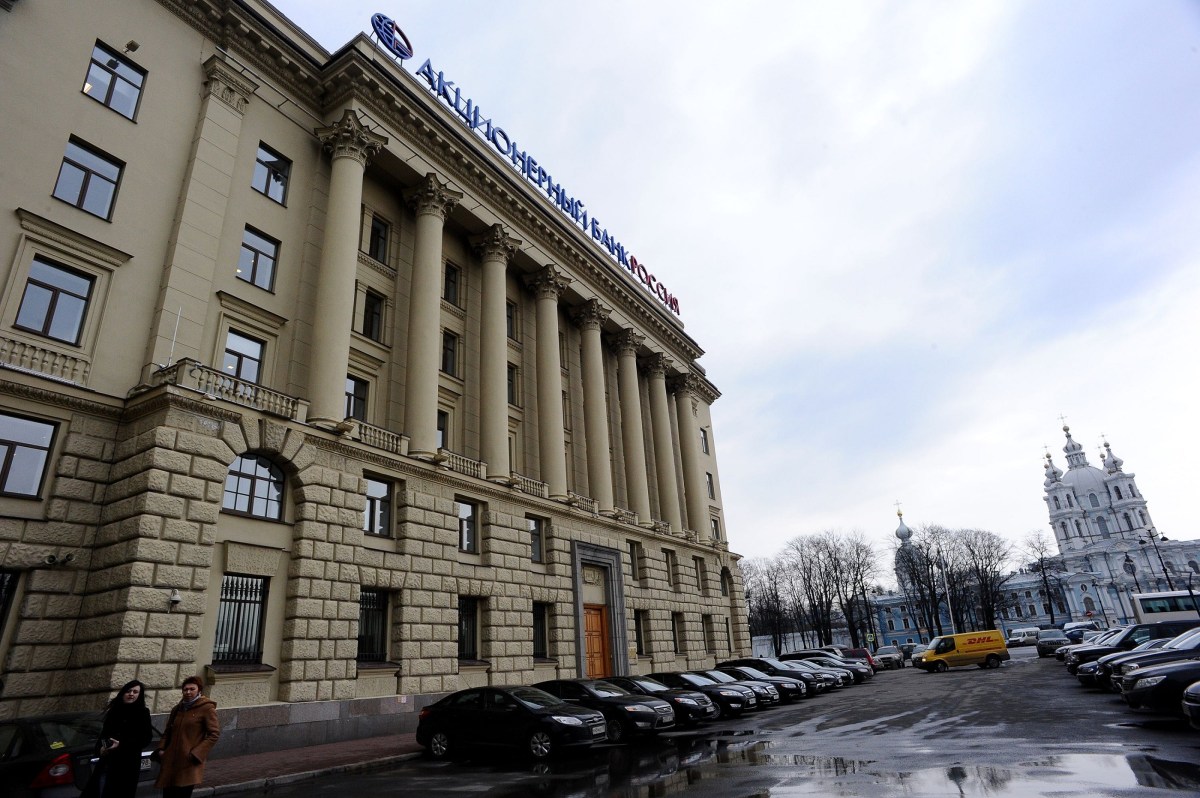 What exactly is the SWIFT banking system?

This is just one of the stories in our “I’ve Always Wondered” series, where we tackle all your business questions, big or small. Have you ever wondered if recycling is it’s worth it? Or how store brands pile up against brand names? Discover more of the series here.

What is the SWIFT banking system? How would countries take Russia out of it? What effect would that have?

The European Union announced on Wednesday that it would ban seven major Russian banks from using the SWIFT financial messaging system and may exclude more depending on future Russian actions.

SWIFT, which stands for Society for Worldwide Interbank Financial Telecommunication, allows banks to relay financial transaction information to each other.

Russian banks, including Bank Otkritie, Bank Rossiya, Novikombank and VTB Bank, will be excluded from SWIFT from March 12.

Russia launched its full-scale invasion of Ukraine last week, killing at least 227 civilians and driving 1 million people to flee the country. In response, nations around the world have imposed sanctions on the country.

Investments in projects co-financed by the Russian Direct Investment Fund will also be banned and euro banknotes will not be supplied to Russia, according to the EU. The RDIF is a sovereign wealth fund, although the US Treasury Department says it is “considered a slush fund for President Vladimir Putin and is emblematic of Russia’s wider kleptocracy”.

The EU said the sanctions it has taken against Russia, which include banning SWIFT, will have “massive and serious consequences” for the country.

How does SWIFT work?

Today, more than 11,000 financial institutions in more than 200 countries and territories use SWIFT. Last year, an average of 42 million SWIFT messages were sent per day.

Banks in the SWIFT system have a code or number, made up of 8 to 11 characters, which identifies them.

As payment transaction platform Modern Treasury explains: Suppose you want to send a wire transfer via SWIFT to someone living in Tokyo. To make this payment, you will need a lot of information, including the amount sent and the Japanese bank’s SWIFT code. Your bank will send this information and once the receiving bank has obtained this information, they will deposit the money.

“Later, the two institutions will settle the payment, which means they will adjust the account balances to reflect the transfer,” says Modern Treasury.

It’s not a system that clears trade, said Paolo Pasquariello, a finance professor at the University of Michigan.

“It’s just a system by which financial institutions communicate with each other,” Pasquariello explained.

However, he said SWIFT is important because when banks transfer money to other banks, they need to communicate to the other party with certainty the amounts sent (along with other relevant information).

SWIFT is used for 70% of transfers in Russia, according to Reuters.

“The fact that these [Russian] banks are now barred from SWIFT means these banks cannot use this near-instant communication device to talk to banks outside of Russia,” Pasquariello said.

What effect will the SWIFT ban have?

Experts say deals will get harder, but they won’t be impossible.

Randall Henning, a professor of international economic relations at American University, said the ban does not mean Russian banks are barred “from entering international markets or doing business with Western banks.”

But what it will do, he explained, is increase the cost and increase the time it takes to complete these transactions.

Pasquariello and Henning said banks can still pick up the phone or send a fax, but that comes with complications.

For example, “now you have to pick up the phone and someone with an Italian accent has to speak English with someone with a Russian accent,” Pasquariello said.

This turns what was “an almost frictionless transaction” into one with the potential for misunderstandings, errors and delays, he added.

Pasquariello said that before becoming a professor, he worked in finance and that every time he made a transaction, his phone calls with brokers and dealers had to be recorded.

“Lawyers on each side had to listen in on my strange conversations on the phone when I spoke English with an Italian accent,” he said.

Pasquariello said they are confirming information such as the price they agreed on.

“SWIFT ensures that this information is communicated quickly and accurately to both parties,” he noted.

Some banks will not be banned from SWIFT

Reuters reported that EU SWIFT sanctions will not apply to banks that handle energy payments, a move that drew backlash from government leaders such as Polish Prime Minister Mateusz Morawiecki.

“As Poland, we demand that all Russian entities, through which Russia funds the war in Ukraine, be effectively and fully covered by sanctions,” Morawiecki posted on Facebook.

Henning explained that Western Europe is unwilling to do so now due to its dependence on Russian natural gas and oil.

“Once they make… energy policy changes and find alternative energy sources, then they can start to reduce their reliance on Russian oil and gas,” Henning said.

More than 40% of the EU’s natural gas supply comes from Russia.

“The reality is that it’s really hard to overhaul an energy system overnight. You just can’t,” Nikos Tsafos of the Center for Strategic and International Studies told Marketplace last week.

Pasquariello said the EU “doesn’t want to use all the financial weapons at its disposal” all at once, although it may ban such banks from using SWIFT in the future.

Does Russia have a workaround for SWIFT?

This week, the Central Bank of Russia announced that it would replace SWIFT with its Financial Message Transfer System, or SPFS, created in 2014.

“It remains to be seen whether this is a solution to their problem or not. It is unlikely to reduce the cost of dealing with Western banks and other institutions,” Henning said.

“China’s CIPS connects participants inside and outside of China to trade or invest, and then settles those transactions using the Chinese yuan,” Marketplace China correspondent Jennifer Pak explained.

However, Pak said that while “it’s doable in theory,” it’s not yet the case in practice. This is partly because the Chinese currency is not as popular as other currencies. In January, only 3% of global payments on the SWIFT network were in Chinese yuan.

Other sanctions include a freeze on Russian central bank assets held in the United States and a ban on technology exports to Russia.

We are already beginning to see the effects of these sanctions. The value of the Russian ruble fell to a record low as people in the country rushed to ATMs to withdraw cash.

Pasquariello pointed out that while some financial institutions can technically still do business with their Russian counterparts, even if they have been cut off from SWIFT, they may be hesitant to do so anyway.

“Whether by phone or fax,” he says.

There’s a lot going on in the world. Through it all, Marketplace is there for you.

You rely on Marketplace to break down world events and tell you how it affects you in a factual and accessible way. We count on your financial support to continue to make this possible.

Your donation today fuels the independent journalism you rely on. For just $5/month, you can help maintain Marketplace so we can keep reporting on the things that matter to you.