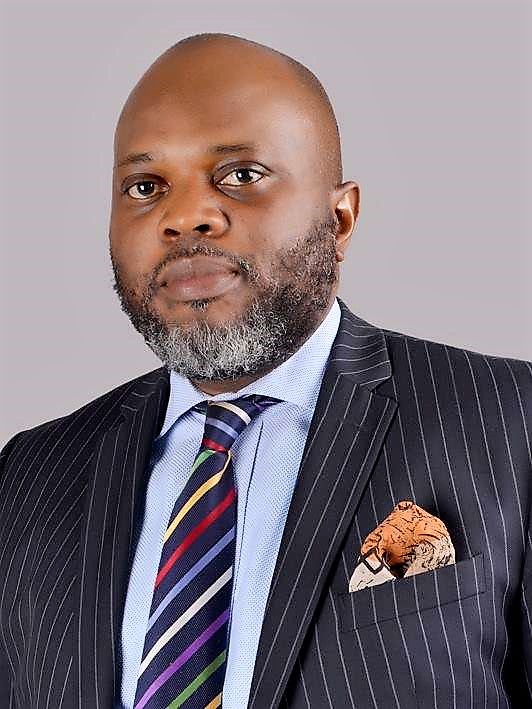 With the CBN movement, we pray that First Bank finds some peace. But more generally, we hope our smart people who run banks will understand the enormity of the licenses they hold and never get it into their heads to just throw it all away.

Founded by the owner of Elder Dempster Agencies, Alfred Lewis Jones in 1894, the British Bank of West Africa was supposed to facilitate the importation of silver currency into the region, where Jones held a monopoly. The bank therefore had an obvious historical and commercial advantage from the start, with the Imprimatur of the British Crown, which ruled over half the world in its colonial supremacy. The world had not yet fallen into an unnecessary war at that time. The sun was said to never set over the Empire. BBWA was the clear standard for banking operations in the West African region and beyond. An acquisition by Standard Bank in 1965 resulted in a name change, and later, when Nigerian military leaders decreed the indigenization of all foreign companies, the bank had to change its nomenclature to First Bank of Nigeria in 1979. It is interesting to note that by then Standard Bank had already become Standard Chartered Bank. In the world of fast-paced mergers and acquisitions, it is sometimes difficult to know who is what. A Standard Chartered Bank exists today in Nigeria, different from Standard Bank which is a shareholder of StanbicIBTC Bank.

First Bank Plc has always been respected and the rest. In the eyes of Nigeria’s banking regulator, the Central Bank of Nigeria (CBN), First Bank is considered a “systemically important bank” (SIB). It is a main bank that nothing should shake. The regulator is therefore attentive to the developments of such a bank because it is connected to too many entities in Nigeria and beyond. Furthermore, First Bank’s profile and history, in particular, means that it is used heavily by older, more conservative people, who have always seen its longevity and pioneering status as a sign of strength. The elephant logo, although considered slow, heavy, and initially walking backwards, but now rebranded to look younger and walk forward, epitomizes size and reliability. It is also said that the elephant has a long memory.

What happened yesterday April 29 to First Bank Limited should not have been allowed to escalate to this level. Since about 2015, First Bank has been in and out of the news for reasons not too appetizing. In 2013, international oil companies (IOCs) sold much of their marginal fields and onshore assets to indigenous producers. The banks financed a good part of these acquisitions. In 2016, the price of crude had fallen to an average of $ 35 from the 2013 price of $ 115, at which the deals were made. Some of the big banks have turned out to be sitting on gargantuan bad loans that could have a significant effect on the whole system if the regulator was not quick. Nigeria had weathered the Great Recession accompanied by the 2007-2010 financial crisis fairly well, but in 2016 we had our fair share of turmoil, accompanied by a 54% devaluation of the value of the naira from N199 to N306. Inflation has hovered close to 19 percent, making all investments almost pointless. The clients defaulted on the loans and there was this problem with the ownership of the rigs and ships in Lagos. It was the first indication that the once steadfast bank may have started to shake.

Some people on the now sacked council side have alleged all kinds of things. The ridiculous thing is that the CBN blames First Bank for supporting Flutterwave, which also supported #EndSARS. Everything has become politicized in Nigeria. Others have alleged that the now reinstated Managing Director, Sola Adeduntan, also made his own deals …

The Central Bank of Nigeria retains the right, as a regulator, to maintain oversight over all banks under its jurisdiction, and since it receives and reviews the books and transactions of all banks, it alone can pass judgment on whether the directors of a bank did the right thing. In the communication we saw in the space, the Central Bank pointed out that it has granted First Bank some regulatory forbearance more than once, and that it had to help the liquidity position of the former largest bank in Nigeria on a number of occasions. I wouldn’t understand how a bank ignores such important warnings. The CBN went further to detail some of First Bank’s insider lending, especially with regard to the chairman of its holding company – Otunba Oba Otudeko. One of them is around 75 billion naira, which should be over the limit of the single debtor, especially for a manager of the bank or its holding company. The same Otudeko also owes Ecobank some 5.5 billion naira, a loan which is currently the subject of litigation before the Supreme Court. The CBN requested immediate repayment of the First Bank loan within 48 hours. What’s more? The two loans – from First Bank and Ecobank – were allegedly secured by Otudeko’s shares in Airtel, which, according to the CBN, have not been put in a perfectible state and therefore cannot really serve as a solution to fallback for one or the other of the banks. A study of the First Bank’s books reveals that the bank may have provisioned more than 1 trillion naira in the past six years for bad debts! With numbers like this, no bank manager has a moral foundation to pontificate.

Some people on the now sacked council side have alleged all kinds of things. The ridiculous thing is that the CBN blames First Bank for supporting Flutterwave, which also supported #EndSARS. Everything has become politicized in Nigeria. Others alleged that the now reinstated chief executive, Sola Adeduntan, also made his own deals and granted himself loans, which may have led to his problems with the dismissed board. Some say what the central bank has done is not tenable and cannot be defended in court.

As a former banker, accountant and forensic accountant, and especially as an economist, I follow financial, monetary and economic crises around the world. Financial crisis occurs when a country’s banks start to have serious problems, leading to collapses and bailouts. The idea of ​​cryptocurrencies emerged to protest the bank bailout in 2007/8, especially in developed countries. Bailouts are ineffective and are usually a devaluation (and taxation) of the currency in everyone’s bank account and pocket. I also don’t understand what happens to the best bankers and why someone is going to ruin a bank. It is not only in Nigeria that this is happening; but in Nigeria, most of the people we respect as great entrepreneurs are just people sitting on gargantuan – usually unsecured – loans that they have no intention of paying back.

The asset management company (AMCON), a “bad bank” into which many bad loans from banks have been dragged, is rife with bad loans and chief executive Ahmed Kuru has complained that instead of paying back or pay off their loans, Nigeria’s smart Alec “big boys” would rather buy another private jet and yacht.

I study the psychology that causes smart people to do stupid things, like ruining a bank that you could otherwise grow and make money with all the time. Some of the cases of bank failures in the past have shown situations where their managers returned to work on a daily basis with one goal – looting the bank dry. All kinds of bogus loan applications then start to fly, with each great man – and woman – carrying as many customer deposits as possible. Sanusi Lamido Sanusi (the man who knows where the bodies are buried) slammed a few and became one of the most hated people of his time in CBN. President Yar’Adua gave him the support to do what he had to do and left the country with his wife at that time. We thought things were going to calm down a bit. But they say money is a spirit … maybe it gets people drunk, you know. The banks are the ones who actually create the money in this reserve banking system that we run. A license to operate a bank is a license to print money indirectly. This is done through the process of granting loans. The regulator is there to make sure that as long as the bank plays by the rules, it will still provide the liquidity needed to make the system work and not precipitate a systemic crisis. This is how it works.

Oba Otudeko was himself a banker at the Cooperative Bank. I understand his mentor was Alhaji Arisekola, Oyinbo oni Datsun. He was the great man who imported Datsun – now Nissan – in the 1970s and 1980s. He was also a renowned billionaire and a close friend of many governments. However, when he passed away at the age of 69 in 2014, Nigerians found out that he owed banks huge sticky loans. First Bank is currently suing its succession for around 8 billion naira, while GTBank is going after its 7 billion naira. The asset management company (AMCON), a “bad bank” into which many bad loans from banks have been dragged, is rife with bad loans and chief executive Ahmed Kuru has complained that instead of paying back or pay off their loans, Nigeria’s smart Alec “big boys” would rather buy another private jet and yacht.

With the CBN movement, we pray that First Bank finds some peace. But more generally, we hope our smart people who run banks will understand the enormity of the licenses they hold and never get it into their heads to just throw it all away.

Good journalism is expensive. Yet only good journalism can guarantee the possibility of a good society, responsible democracy and transparent government.

For free and ongoing access to the best investigative journalism in the country, we ask that you consider modestly supporting this noble enterprise.

By contributing to PREMIUM TIMES, you help maintain relevant journalism and keep it free and accessible to everyone.