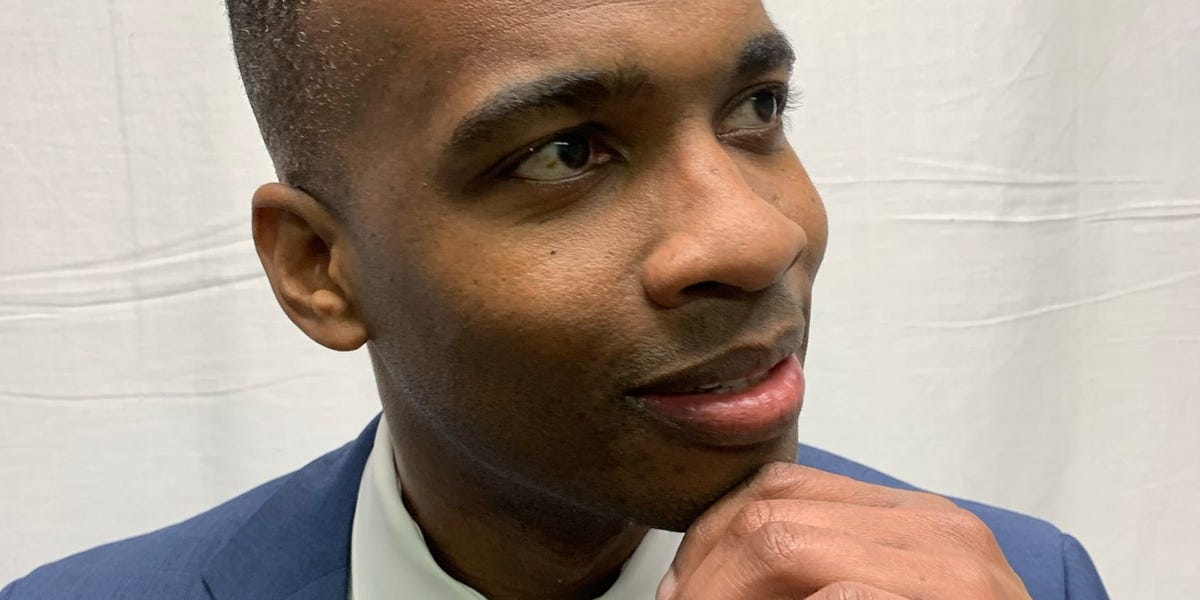 In 2018, I was approached by executive staff at the Washington, DC Prison to help develop a mentoring-focused, emerging adult 18-25 program. As an incarcerated person at 18, it was personal: I knew there was a void during this time for me, and I wanted to create a mentoring community for these young men.

I soon realized, however, that the plan in place for the unit – to have residents â€œpay rentâ€ or budget – was very moot. As a financial geek and author of a series of books on investing, I knew that a piece of paper describing this idea would be of no value; we needed real money.

For something to be considered money, it must have three properties: a unit of measurement; stored value; and a medium of exchange. With this philosophy in mind, my mentor co-founder Michael Woody and I created a banking system, unique to our unit, inside the prison – one with a monetary system and a community structure.

We built a banking system for emerging young men

We called the Young Men Emerging (YME) program. YME’s goal was to create an equitable and therapeutic environment for young adults that promotes growth and development, as opposed to the punitive and warehousing practices that characterize traditional prison spaces. YME is a community that empowers older men who have served long prison sentences (think 15, 20, 25) to act as mentors to recently incarcerated youth between the ages of 18 and 25.

In addition to the program involving guest speakers, conducting counseling sessions, and offering advice on our mentee cases, we have built a physical monetary system: we have bills ranging from $ 5 to $ 100; each invoice is stored in the form of laminated paper; and YME Money is in full force – you can earn money, get deposits to your account, or get deductions from your account. We built this system to ensure that these young men gain financial literacy and feel confident they will earn, spend and save money before they re-enter.

My team has created missions that, when completed, warrant payment. For example, we have something that we call a clean community. I gave a guy $ 500 the other day because of his community cleanup job. I gave him a special project: there was dust in our vents, so I said, “Listen, look, get a bucket, put disinfectant in it, and get a rag.” He got creative, took cotton swabs and went inside the vents. He did a fabulous job. Restoring this unit was a project he did on behalf of the whole community, so I had to pay him $ 500 for it. We give guys money for their participation – it’s a nifty way to spark community building and civic engagement.

Money has to move; it is important. But inside prison walls, this is not always the case. And if the money doesn’t move, it doesn’t make sense. This is why we have created a currency that can be used. The mentors got together and pooled our money to buy store items and said, â€œYou can earn and use YME money to buy these itemsâ€. This particularly motivated people who have no money from family or friends. And people who visit our community – such as stakeholders, organizations and volunteers – have been touched by this. Specifically, someone made a large donation and we were able to purchase $ 5,000 in inventory for the YME store.

We trusted the YME money like the government trusted the US dollar. It has value, and when someone does something they are rewarded. They can take that money and buy an item, or they can try one of our other equipment. We have a hair salon because my motto is if you look good you feel good and you act good. Now when a guy has an outside visitor like family he can feel good and be taken care of. You pay $ 50 for a haircut, $ 25 for movie tickets, $ 100 to play Xbox, etc.

I even attached a percentage-based fee to entice our mentees to do math. On Halloween, for example, we took seasonal photos. I charged each person $ 10 per photo and added an additional 20% fee if they wanted me to email these photos to their family (because of my public office as a neighborhood advisory commissioner in DC I have access to a computer and email). With the fees, I ask them to figure out exactly how much they owe so that their knowledge of the equations grows stronger. Then when I give a talk on the stock market and mention the S&P 500 Index with a return of 20% since the beginning of the year, they have a direct link and an understanding of the concept.

Even our staff are on board. They write checks or fill out coupons that I created to reward residents for their good behavior and / or tasks completed. Vouchers can be surrendered during the opening hours of YME banks to make a deposit or withdraw YME money. I have noticed how this collaboration brings back what I call the “dignity of corrections”. Now our staff do not feel like they are entering into a hard and tedious job. There is the community. There is a tangible and positive contribution.

And I will say – even as the creator of this monetary system – when I count, when I put money in my pocket and pay people, it reminds me of what it means to be free. So the notion of being a free person is closely tied to the fabric of being in that community.

The concept works – and it can be scaled

I believe your money is your best worker. He never takes a day off, he never calls in case of illness, he even works on public holidays. I want to teach people in disenfranchised communities and prison spaces how to invest this money and, in doing so, invest in themselves. So they can put their money to work and not work for their money.

It started as a pilot project, and it’s now a proven concept that can be scaled up – for the individuals inside. and outside. Because no entry outweighs the re-entry. Right now, for the folks on the inside, I’ve made the accumulation of gate money – the money you get on release – a top priority in my administration as as commissioner. If you’ve come out with bad financial habits, you’ll come out of it the same way, unless we provide you with financial literacy on the inside. If incarcerated people can accumulate money over time by saving and investing, they will be better equipped to make the transition. Inside savings like YME make sure that when you get home, you can stay home.

Joel CastÃ³n is the first person in Washington, DC history to be elected to public office while incarcerated. In 2020, he won a groundbreaking election that garnered local and national attention. Drawing on the wisdom of 27 years of direct involvement in the criminal justice system, Commissioner CastÃ³n works closely with the DC government, policy makers, advocacy groups and organizations to change the culture of the mass imprisonment.
Prior to assuming his role as Commissioner, CastÃ³n was the co-founding mentor of the Young Men Emerging (YME) community at DC Prison. In 2018, CastÃ³n self-released their popular investing mods, titled â€œCurrency Catchers,â€ available on Amazon. CastÃ³n has been featured on ABC, BNC, NBC, NPR, Oxygen, Vice News and a myriad of other shows and publications. Hyper-polyglot, CastÃ³n is fluent in English and Spanish, speaks conversational French, an introduction to Arabic and Mandarin Chinese, and basic sentences in Italian and Hindi. He is also passionate about yoga.