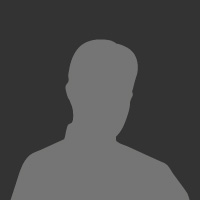 Why is UK retail banking blind to big cost savings?

As consumers, we are more than happy to seek out the best mortgage deal, the best utility company to purchase (now more than ever), and the most competitive auto insurance policy. With price comparison sites, we are able to effortlessly compare prices and services and reap rewards well beyond the time it takes to complete them.

So why is it then that, as the financial services industry faces tough economic times as we collectively adjust after the pandemic, retail banks here in the UK are so lagging behind their global peers adopting the process of regularly reviewing and renegotiating their contracts with third-party vendors – including payments and technology? Indeed, IT costs alone for basic processing, payment providers, automation and digital platforms have increased by 80% since 2015, and the boom in digital banking over the past 18 months has further exacerbated this situation.

With the budgeting season in full swing for many retail banks and building societies in the UK, it’s all too easy to just carry over multi-year supplier costs from year to year, assuming those costs are predetermined and cast in concrete. . This is done without a second thought and results in excessive costs year after year.

Downsizing and branch exhaustion remains the preferred way to balance the books for too many of our familiar bank names and just recently it was reported that another 267 bank branches closed permanently between April and June. This amounts to a 5% reduction in the overall branch network and leaves far too many of the UK population with no nearby branches to access, but it doesn’t have to be that way.

Elsewhere in the world, the contract optimization process has saved customers billions of dollars. However, this is an immature business practice in the UK and it is a large-scale missed opportunity that could represent a staggering Â£ 6bn saving for the UK retail banking sector in its wake. together.

Getting back to the cost of technology contracts, the behavioral changes brought on by the pandemic mean that countless volume-based trade deals, with contract caps and performance criteria, will now be significantly out of alignment with their parameters. ‘origin. This will lead to significant price increases and contractual anomalies – simply because they have not been appraised, evaluated and renegotiated.

The reality is that, too often, procurement and business management teams simply add historical supplier costs to their annual budgets and forecasts without challenge or questioning from the market until contract renewal looms. This leads to a glaring knowledge imbalance between suppliers, banks and building societies. Indeed, third-party suppliers will generally have dedicated teams singularly focused on negotiating and renegotiating their contracts with banks in order to maximize revenues. Conversely, UK banks rarely revise their contracts and when they do, they do so only 6 to 12 months before expiration, with insufficient time to make changes credibly, nor with comparative data. from which to negotiate better deals.

Yet if retail banks and building societies here in the UK simply asked themselves five key questions during the budget cycle, it would put them on a path where they would be more likely to regularly review and renegotiate these contracts and , therefore, to reap the benefits. . These five questions are:

1. Are we getting the best deals from suppliers on the market? A contract that was competitive at the time of signing is no longer necessarily competitive since prices and market conditions, as well as the specific needs of an institution, will have changed.

2. Can we renegotiate existing contracts? It is often assumed that a long-term contract is frozen until its renewal date, but that is simply not the case, and many vendors will renegotiate early to retain their customers for the longer term.

3. Which contracts expire in the next 12 to 36 months? Switching providers can take a long time, and they know it. To be in the best negotiating position, renegotiations must begin two or more years in advance.

4. Do we have a reliable view of the market price? Do you know what price other organizations are charged for a comparable product or service? Banks don’t know what price was given to their competitors and peers and often only consider long-term contracts every five years or more. Both dimensions lead to a glaring lack of benchmarks with which to compare.

5. When was the last time we checked our invoices? Complex invoices and invoices are often not fully understood or disputed by the bank and, associated with errors, significant savings and optimization of services remain unrealized.

These are five simple questions, but they are the ones that will serve as a first step in helping UK retail banks and building societies identify contracts that are no longer suitable for their purpose and that can be renegotiated to save money and significant efficiency gains – this is an opportunity not to be missed!