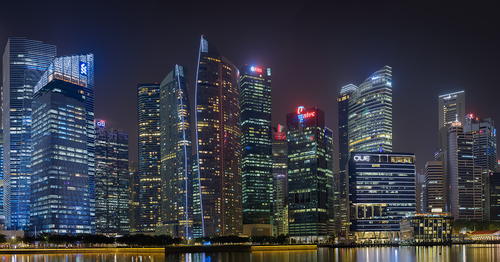 Global finance this year names the 50 safest commercial banks in the world.

For commercial banks, effectively conducting business amid the ongoing pandemic continues to require strong executive leadership and increased operational execution across the organization. This implies greater dependence on bank employees to develop more innovative digital products and applications, and to create efficiencies in order to reduce costs and increase profitability.

As a result, the industry response during the pandemic is seen as an important inflection point, where banks have been forced to rapidly change their global strategy, revamp business models and implement flexible working arrangements for them. employees to maintain and expand their franchise. Once considered temporary, these new strategies and modifications become permanent as the pandemic continues. This year’s ranking of the 50 safest commercial banks provides valuable insight into the effectiveness of these institutions in dealing with the challenges of the pandemic.

Specifically, Singapore dominates the top five as three of its banks have advanced: DBS Bank (No. 1), Oversea-Chinese Banking Corporation (No. 2) and United Overseas Bank (No. 4). These institutions have demonstrated strong rating stability through diversified business models and strong market positions in a relatively small domestic banking market. In addition, their wider reach in the Asia-Pacific region and globally will enable them to capture more business, especially related to global trade finance.

Not all banks and banking markets have adjusted so well. For Germany’s DZ Bank, S&P’s downgrade in June 2021 reflected the agency’s assessment that the pandemic had exacerbated the challenges facing DZ Bank and the German banking sector. S&P concluded that â€œGerman banks are now less competitive compared to their global peers due to slow progress in improving income diversification, cost structures and digitizationâ€.

For other institutions as well, the downgrades reflected broader concerns about a country’s banking sector. Recognizing a more difficult operating environment in Canada, Fitch downgraded its assessment of the Canadian operating environment from AA to AA-. The Royal Bank of Canada was lowered to comply with this threshold. The National Bank of Kuwait was also hit after Moody’s downgraded the sovereign rating to A1, citing liquidity risks and weak governance.

However, other rating impacts were more technical: the downgrade of Toronto-Dominion is due to a change in Moody’s methodology which increased loss assumptions under a bank resolution scenario.

HSBC continues to target significant reductions by 2022 in costs and risk-weighted assets in its European banking operations and its global banking and markets division. This includes the company’s French retail banking franchise, HSBC Continental Europe (formerly HSBC France), which Moody’s downgraded in early June due in part to continued losses and deteriorating capital levels exacerbated by the pandemic. The bank fell to 33rd place in our ranking this year. Subsequently, HSBC announced the sale of these operations to private equity firm Cerberus Capital Management later in June.

US Bancorp has slipped after being demoted by Moody’s to A2 from A1 in July 2021 based on the agency’s revised profitability and capitalization outlook for the bank. The French institution BPCE lost 10 places following the downgrading of S&P from A + to A + due to low profitability and efficient spending.

The downgrades open doors to new entrants, and this year two South Korean banks have benefited: KEB Hana Bank and Woori Bank. KEB Hana Bank was upgraded by Fitch to A due to expectations of increased government support, while S&P gave Woori Bank a boost to A + for enhanced risk management, exemplified by improved measures of asset quality relative to its national peers. These entries doubled South Korea’s representation among our four safest commercial banks, joining Kookmin Bank (# 39) and Shinhan Bank (# 40).

Methodology: Behind the rankings

According to the methodology of the Global Finance World’s Safest Banks ranking, commercial banks majority-owned by the State or benefiting from the sponsorship of their governments or regional bodies are excluded. The institutions here do not have the support of the government. In addition, institutions 100% owned by their parent company are not eligible. Thus, Natixis (parent, Groupe BPCE) and CrÃ©dit Industriel et Commercial (parent, Banque FÃ©dÃ©rative du CrÃ©dit Mutuel) are excluded from this year’s ranking.

CBN commercial bank and merchant borrowing down 33.2% in October